The Rainy Days of Making "It's Always Sunny In Philadelphia"

The rags to riches story about the trio of struggling actors that made a priceless dream a reality on a budget under $200 sounds like Hollywood folklore. Surprisingly enough, every detail of that epic is true. 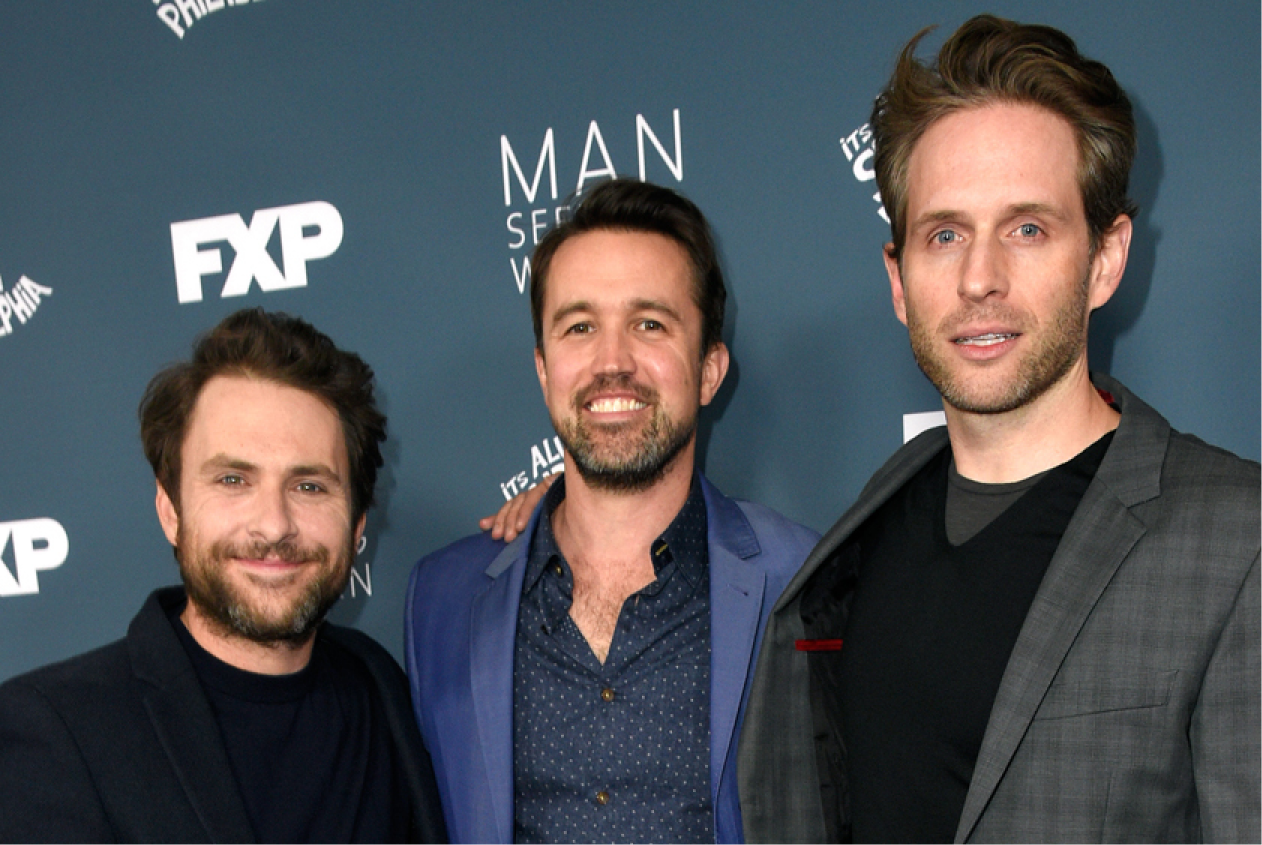 In the early 2000’s, Rob McElhenney was in debt, living out of a West Hollywood garage, and waiting tables to make ends meet. It wasn’t until he got an original idea for a comedic short film involving two guys, cancer, and a bag of sugar that the out-of-work actor’s circumstances began to brighten.

McElhenney says, “I was laying in bed one night, and I was just thinking about an exchange between two people in which one tells another he’s dying of cancer, and the other one’s reaction is to get out of the room as fast as possible.”

In hopes to bring his idea to life, McElhenney requested the help of his former girlfriend, Jordan Reid, and two friends Charlie Day and Glenn Howerton. After looking over the script, the group decided to make filming scenes on weekends their new pastime. Day was noted saying that filming initially was something fun and creative to do among friends and was never intended to be a pilot.

Fortunately, McElhenney realized how starved the television industry was for a comedy that was different from the norm. His inspiration actually sprung from watching classic sitcoms like “Friends”. He decided to make a show that was the complete opposite.

“What if you made a show that had characters that would never be there for any of their friends no matter what? That would be an interesting show. I’d never seen that before”, says McElhenney.

At the end of filming, McElhenny with his manager and agent pitched the creation of what at the time was titled, “It’s Always Sunny on TV” to several large networks in Hollywood like HBO, FX, and Comedy Central.

His non-negotiable requests for full creative control in producing, writing, and casting for himself, Day, and Howerton put off many potential networks, but the fresh candor and authenticity of the pilot and McElhenney’s delivery were what convinced the general manager of FX, John Landgraf, to give him a chance to shoot the show’s first season.

“I had never pitched anything to a network before. I didn’t know what I was or wasn’t supposed to do so I just did what I wanted,” says McElhenney.
‍

As predicted by Landgraf, the first season of the show was unsuccessful. McElhenney said that it was due to the lack of marketing, and there were no funds available to change that. Landgraf decided to add legendary actor Danny DeVito to the cast in order to bring in more buzz. After the actor’s addition, more viewers tuned in and It’s Always Sunny In Philadelphia went on for 13 more years. According to an article on Indigo Productions the show was also the first sitcom to get a cable-to-cable syndication deal with reruns airing on Comedy Central.

If McElhenney never saw the value in the small project that he was creating for fun on weekends, he’d probably still be waiting tables and living out of a garage. The actor taking that chance on himself completely changed the course of his life.

“Believe in what you’re doing and jump every hurdle and get to the end by any means necessary,” says McElhenney.

Rob McElhenney dreamed of creating something that the television industry had never seen before, and choosing to connect with Charlie Day and Glenn Howerton was the best choice to make that happen. They didn’t always have the best tools or knowledge for what they were doing, but they still managed to find success and discover opportunities to work with networks and actors that they’d never imagined. Their story is a true to testament to talent and determination outshining circumstance. No matter your level of experience or accessibility to resources, remember that it is always sunny when you’re creating the work you’re passionate about.

filed under:
Text Link
Join the We The Project creative community today!
Written by
Quenton McKenzie
Quenton McKenzie is a young, media professional and content creator with a passion for storytelling. He intertwines his inherent enthusiasm for entertainment, fashion, and cultivating relationships in both of his personal and professional lives. Follow him on Instagram: @quenton.mckenzie / @jasper.mcquen
Podcast Episodes