Brian Ducoffe is a director, writer, editor, and producer working in sports television and digital content. He specializes in large scale media day player shoots, short-form features, and on-air promotions, and, at the core of his work, is a desire to help people tell their stories. “Whether it is in the short term or long term, I want to be able to help people,” he says. “I just want to be able to help good people have their story told the right way.” 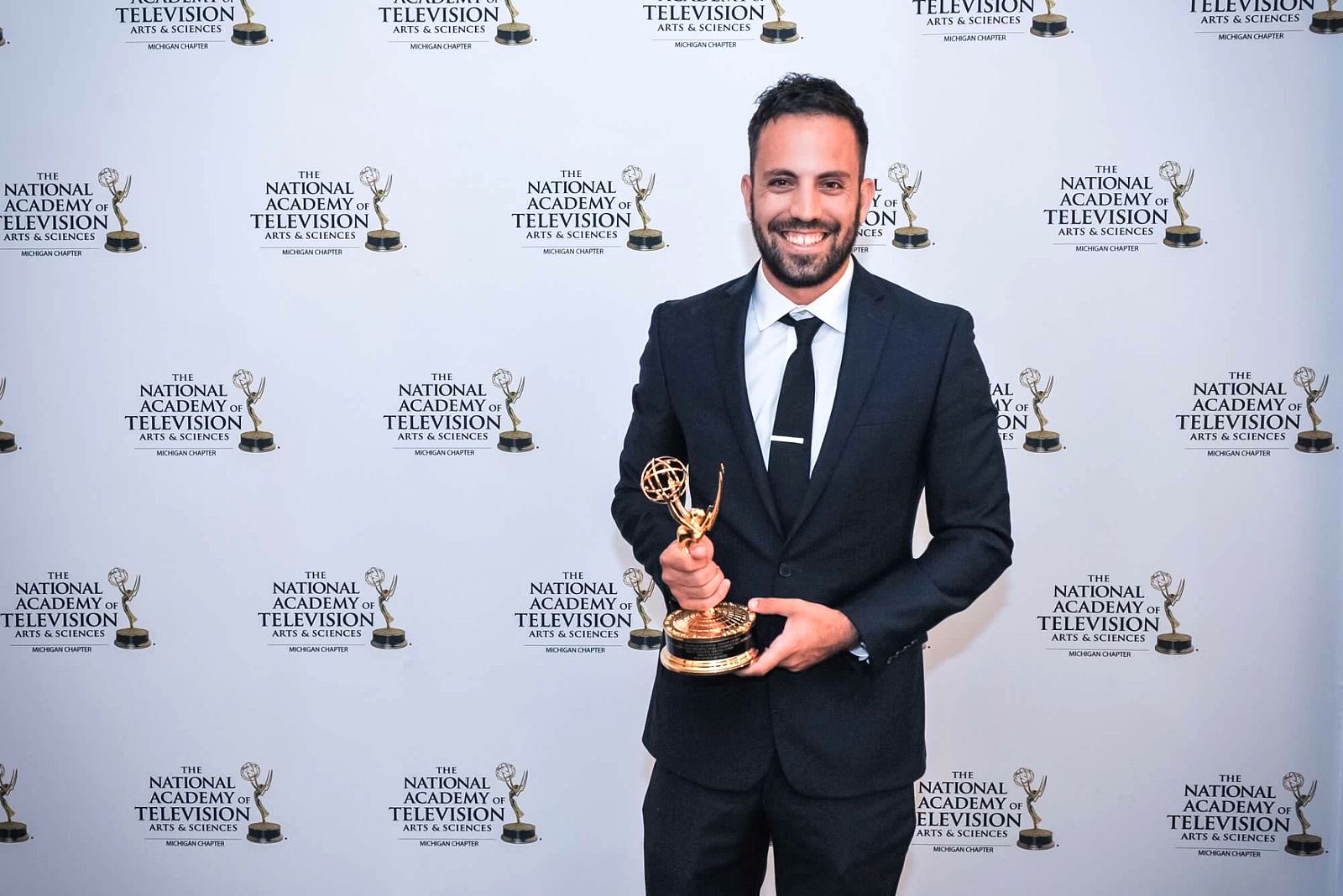 Where are you from and what were you like as a kid?

I’m from San Diego. I grew up as a beach kid from a small town and was playing basketball from the get-go. Growing up, I was really into sneakers. I found a magazine on an airplane one time and it was too much to read but I got to the back and there were shoes and I fell in love with them.

I was always playing basketball. I ended up getting into video film classes in high school and sort of was poised with you had to make a choice, film or sports. There was an after school program so you could either do basketball or you could really commit to this film after school program so it was a really tough break for me because as a kid you really fall in love with sports. So I had this weird breakup with basketball to pursue these video film classes.

Where did you start your professional career?

I had a cold break from sports and ended up going to college for screenwriting. I went to Chapman University in Orange County and then somehow found my way back into sports.

I had an internship in college with Peter Berg, who directed Friday Night Lights. I learned a lot from him from a writing standpoint. Then I got a job right out of college working for Fox Sports San Diego. I started as a production assistant and then I went to the San Diego Chargers and was a producer for a season for them.

I ended up coming out to Fox Sports Detroit in 2015 to be a producer, writer, and editor for their on-air promotions department, which also led me to directing all of the team media day shoots. So the Lion’s player intro at the stadium has been my video and my concept work for the last two years. All the stuff you would see at the Fox Sports Detroit broadcast, we call them player gladiators, would be my vision and directing. It would get used in stadiums and in the broadcast as well. Over the course of the last four years, I’ve won 10 Emmy’s in the Michigan chapter of the Academy of television. I had won two years in a row best short-form editing for campaigns and single commercials, and things like that.

In January or December I left my job to pursue a fulltime freelance career where I’m working directly with athletes. Mostly I’m working with athletes to help create and help push their nonprofits, social justice messages, as well as just overall social media branding and awareness videos.

I see sports as one of the most artistic things out there. The way that these guys move, the way that they choose to move, the storylines. It’s so cinematic and poetic in every single way. Many people see it as a fan, they see it as a win or a loss or a touchdown or a drop. That’s one of the things that I’ve been so focused on trying to do and showcase with my work, to really show that sports are an art form, not just in the way you capture it but in the way you play it.

How is the industry changing?

What I have found is that the sports world has been evolving, and as it evolves and players have more control over their social media presences, I’ve noticed that a lot of players want to have an increased voice and increased presence in not only the league but the cities they play in. One of the things that I always wanted to do is collaborate more with them in a one-on-one environment; I wanted to really be able to help tell their stories in a collaborative way. At the same time really be able to help push their nonprofits and really help show what they’re doing in cities to help normalize and humanize athletes, bring them into a more relatable for fans to engage with them so I saw that there was a need for that and there aren’t a ton of people really doing that let alone doing that coming from a professional background with the experience and team relationships. I felt that there was a real want or need to help athletes find their voice on camera and bring storytelling to sports content.

What kind of work have you done for athletes?

I was working with Langston Galloway who was on the Pistons, and he’s a great example of a guy who really gave back to the community through the Galloway Foundation. He has his own nonprofit. He is a massive sneaker-head, so what he was doing was teaming up with youth programs in the schools and just giving away sneakers. I followed him around during the holiday season where he took eight kids who had signed up for an after school program at Footlocker and we were driving over to an orphanage where he was giving away sneakers to these kids and no one was really knowing that. I thought it was important to be there for these athletes to kind of help showcase the work that they’re doing in the community.

Another example would be Joique Bell, he is a former NFL player for the Lions. He helped organize a freedom march during the protests last month. It was great to really be able to tell his story and show him at this march and show him involved in the city and putting this thing together.

I can do anything from shooting a workout video for them to producing their retirement video to putting together a campaign for their holiday nonprofit work. The idea is to basically be able to put together a consistent look to help build that brand. ‍