Kiki Yeung is a comedian and organizer of Crazy Woke Asians, an all Asian comedy group. “For stand-up comedy, I started embracing all the weird stuff, the awkward stuff I think about,” she says. “I’m trying to hone in on my sense of humor and my point of view.” 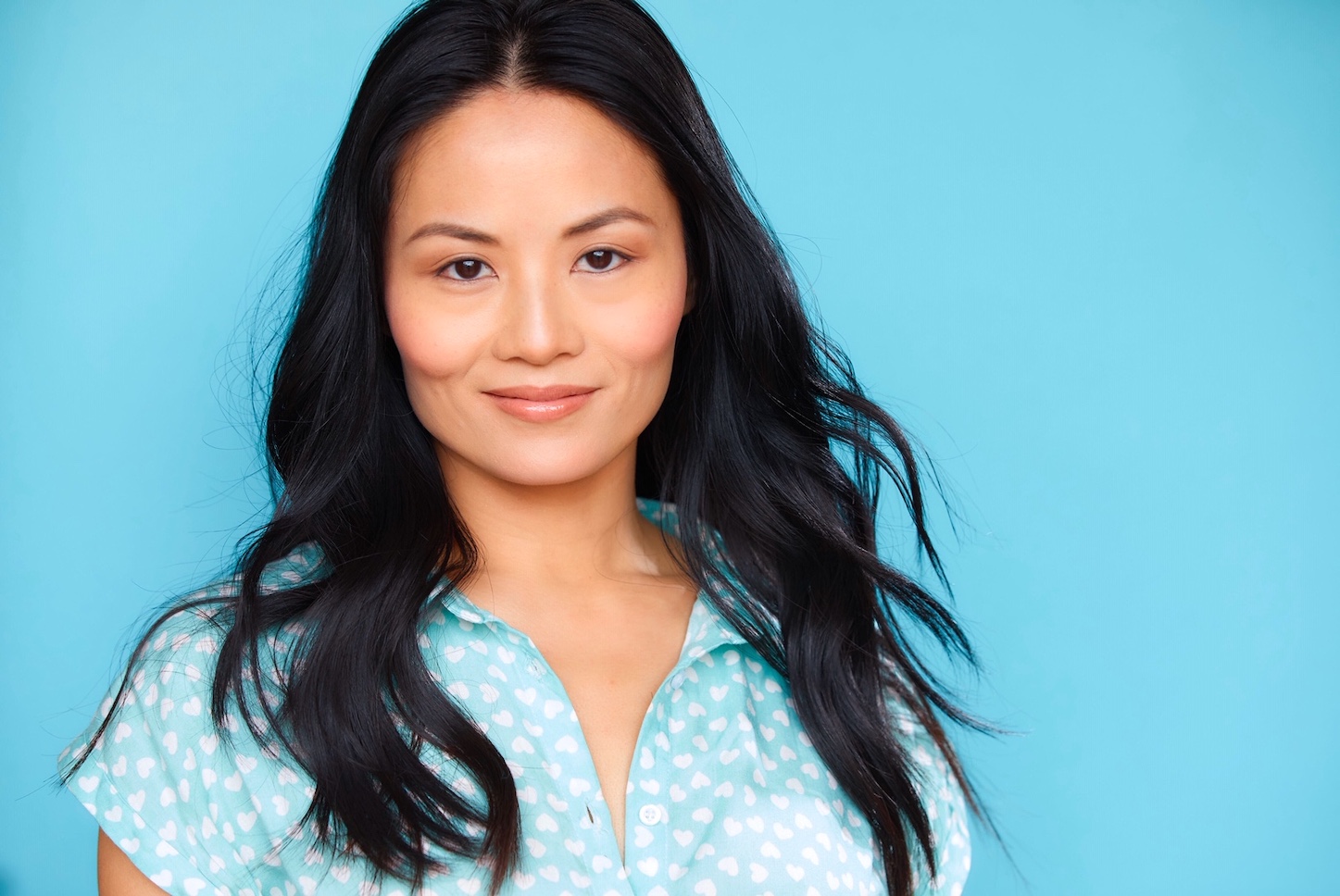 During times of turmoil and unrest, people often turn to comedy as an outlet. Kiki Yeung, stand-up comic and organizer of Crazy Woke Asians, believes that comedy is especially important right now. She is using comedy to promote healing and also provide a platform for Asian American comedians.

What are you working on right now?

At the end of May, we had the Crazy Woke Asians virtual comedy festival and we featured over 90 comedians. It was all on Zoom and we partnered with Asians Never Die. Since we can’t do live stand-up shows, we started doing online shows. We planned a Crazy Woke Asians for Black lives benefit live stream show, so donations will go to Color of Change. We partnered with the Asian Culture and Media Alliance, and they have a TV show called Asian Voices. It’s going to be live-streamed on Facebook Live. Usually, it’s all Asian comedians but this time we booked half Black comedians and half Asians.

What is it like hosting a comedy show online?

It’s very different. I have to get used to it. I just did one for another comedian’s show and we pretaped it so we can edit it and make it look nicer than a regular Zoom show.

For me, you can talk to each other but the way we filmed the last one, you can hear people laugh but it’s really you on the screen. It’s different now. You do the punchline and you’re waiting for laughter and there’s barely any.

How did you come up with the idea for Crazy Woke Asians?

I was producing theater, and it was just hard to produce a play with so many people. After I gave birth to my son, I just thought I needed a new challenge, as if being a mom wasn’t challenging enough. I took a class and then I started but I was always the only Asian on the show and it was pretty much similar to theatre for a lot of the shows I was in. I met a lot of Asian American comedians at open mics, and then one day I was like I should put on a show that just showcases all the different kinds of Asian American comedians. It’s a platform that people can see us—there are Vietnamese, Japanese, Chinese, Korean, Cambodian, half Asian half white, half Asian half Black—so people can learn about the different kinds of Asian American cultures and that we’re not all alike.

There was a lot of whitewashing in Hollywood during that time with Dr. Strange and the Scarlett Johanson movie where she tried to play a Japanese woman. I was fed up with it and I had a theatre producing background so I thought let’s try this. I was listening to a lot of Childish Gambino, too, you know the “Redbone” song with the “stay woke” line, and I thought, “yeah, I’m awake. I’m aware of what’s going on.” I came up with the name, [Crazy Woke Asians], and then I put on this show in Koreatown and we sold out. I was so surprised. We kept selling out after that. The comedians, a lot of them said, “I’ve never played to an Asian crowd.” Some of them even realized that some of the jokes that they were doing about Asians were kind of just for white people to make them laugh but then they adjusted.

Now as we grow, at the comedy store we’re the only all Asian stand-up show there and we have a good crowd, a mixed crowd. People are very supportive. Every show I book different Asian comedians. For the benefit show, I’m excited to have half Asian half Black comedians.

I did sketch comedy for a while in Seattle, but people always said I was funny. I took a class, and it was tough, you know, you bomb in the beginning. I would go to these mics and nobody’s looking at you and then I’m the only Asian there a lot of times.

I came here when I was 12 and English was my second language, and my British-Chinese accent would get made fun of. Before I could even say something I would translate it in my brain from Chinese to English, and stand-up was hard because you can’t hide behind a character. You can’t become somebody else, you’re just you. So you have to be vulnerable and be honest to take your mask down in front of people you don’t know, but the good thing is you have a mic and once I got used to it, it was more conversational. It really helps me now when I would go into a room and have auditions for roles because I feel like I’m more present. I’m used to listening better, there’s more give and take, and I feel more confident being me. I embrace my accent more because before I used to think I had to speak perfect American English in order to get a role. Now I’m like, “What would Kiki do in this situation as a person?”

So for stand-up comedy, I started embracing all the weird stuff, the awkward stuff I think about and then I joke about it and I’m trying to hone in on my sense of humor and my point of view. I talk about the crazy things my mom tells me or about being a mother to a four-year-old. That’s what I needed all along with my acting. It’s kind of great that I became a stand-up, and it’s full circle because a lot of the stuff I’m doing with stand-up I can apply to the things I’m doing with acting and producing like the show, The Sweet and Sour Chicks. It’s about a single mom, stand-up comedian. It helps my writing because for stand-up you have to be so precise and you have to be economical with your words to set it up, to punch it, to have a begging, middle, and end.

I started doing kid shows in Hong Kong when I was 8, and I was in a lot of choirs. I’ve always, since I was 3 or 4, wanted to be an actor or entertainer. There are so many times I want to give up, but when I’m on stage and when I’m in front of a camera there’s nothing like it. It’s such a challenge, I have to be in the moment. I feel alive and I feel like I’m giving a voice to other Asians, in a way. Crazy Woke Asians is giving other Asian American comedians a platform. I feel like I’m making a difference. I just try to remember why I’m doing it which is because I have this burning desire to give other Asian American actors or comedians a platform to perform together. I have so many stories that I want to share, and I’m learning. With Sweet and Sour Chicks, I directed it and I wrote it. I’m learning and I’m getting better at what I do. You know how when you do something and you don’t know all the steps or how it’s gonna be but you’re inspired and you just have to get it out? You just see what happens.

I feel like when you want to create an idea and story, it always starts with yourself, your heart, and your soul. You don’t know if people are going to like it or want to be part of it but then there’s this burning feeling, you have to do it.

What goals do you have moving forward?

We’re trying to finish Sweet and Sour Chicks, and then the producers are going to try and sell it. I have some season two storylines in my brain and am writing stuff out. I would love to do a Crazy Woke Asians reality show where we follow different comedians in their lives and the ones that tour on the road. I want to follow their lives and gain their perspectives. That would be fun.

What advice would you give people who want to go into stand-up?

Start writing. Write all the time, and go to open mics. I took a class, and it made me write. Sometimes you don’t want to write by yourself, but if you’re in a class then you have to get up and do a joke. It gives you pressure. I would say to anyone who wants to do stand-up, give yourself some pressure and a deadline.

Go to other shows and support other shows. Having a writing buddy is kind of cool, so you can bounce ideas off each other. You meet people and then they put you in shows, but your material still has to be good.

Have an interesting story? Connect with us at info@wetheproject.com